After giving you some Tips&Tricks about Morocco in my previous post, now it’s time to get into the details and tell you more about a Morocco trip and what you can do there. I can only begin with Marrakech, one of the most famous touristic centers in northern Africa.

First I have to say that Marrakech is a touristic spot, so a lot of places and habits were altered by the desire of creating the best environment for visitors. This happens because Morocco is a country living in a big percentage from tourism.

Of course, you can still feel the Arab life and you can be impressed by the contrast with the European countries especially while visiting the old town. But you will notice that a lot of things are there to please the tourists. And you also will find a modern part of the city where only a few things will remind you that you are still in Morocco.

Visiting Marrakech is less about museums or buildings (as in Europe for example) and more about life. There are a few interesting places to visit, as we will see next, but it is more important to be in the middle of the action, meaning on the streets.

When choosing your accommodation for Marrakech try to stay as close as possible to the Jemaa el-Fnaa square, inside the Medina, because this is the place where you’ll really feel you are in Morocco. And I will also suggest to stay in a Riad, there are so many in the area, just pick the place that you like after carefully checking the reviews.

I stayed at Marraplace Riad, it wasn’t the worst but it wasn’t the best either. This being said I wouldn’t really recommend it as I am sure you can find better. What I really liked about it was the location and rooftop terrace.

Let’s see what you can see while visiting Marrakech!

This square situated in the old Medina is the highlight of Marrakech, the main attraction point of the city.

There is nothing special with it other than the daily life here. During the day, you won’t see something more than a simple square with several stalls selling things and people shopping or just passing by.

During the night everything changes. A big part of the square becomes an open air restaurant, with long tables and grills everywhere. The atmosphere is nice and if you decide to eat there you will even get applauses from a quarter of the market.

Would I recommend you to eat there? Probably not. And this is not because the hygiene conditions which are not great but more so because the food is not so special or delicious and the prices are very high (yep, most probably because you are tourists). It is also pretty hard to really count what you get on the table and how much you will have to pay for the food.

When the evening comes a lot of “artists” will start doing their show and many vendors will cross the square trying to sell everything and screaming to attract more buyers. You will even see some monkey owners and old water sellers dressed traditionally. If you want a picture with them you have to pay for it.

The only thing that I would definitely recommend to avoid while you’re engoying the vibes in Dje-el_Fnaa are the snake charmers. Do not go very close to them and do not try to take pictures even if you are a little bit far. Maybe you will think is really worth paying them for a good picture but think twice. After taking the pictures they will ask you for ten times more money that you would be ever willing to pay. And guess what, you will have to pay, because most probably you will have a snake around your neck :).

Besides the atmosphere in the market, you can find there many restaurants around the square and on the adjacent streets, a lot of them housing rooftop terraces (do not imagine they are tall buildings, just 2-3 maximum floors). On these terraces you can watch the chaos from above and you can enjoy the beautiful sunsets over the square while having your dinner. I remember that we used to go in one called Taj’in Darna, the view was nice and we also liked the food. I also remember they didn’t serve dinner for 20 minutes in the evening during the evening prayer call because they had their own dinner after fasting during the day.

Jemaa el-Fnaa square is the heart of the Medina or in other words the old city. The Marrakech Medina is an UNESCO World Heritage Centre where people continue to live their traditional life. The Medina houses mosques, palaces, Riads and of course souks (marketplaces).

You can hire a guide to walk you through the Medina maze but with a map you can navigate the labyrinth of alleyways also by yourself.

You will find the narrow streets of Medina full of stalls selling souvenirs, jewelry, ceramics, meat, fruit and vegetables, slippers, bags, clothes and I could go on and on.

It is simply a place of colors, sounds and smells that will invade you from each side.

Of course here is the place where if you want to buy something you really have to negotiate.

There are a lot of areas of the Medina with plenty of tourists but if you will go deeper and will allow yourself to get lost on the streets you will also get into the less touristic areas. It’s up to you if you want to explore those ones or you want to come back but in any case make sure to have the map in your pocket.

Koutoubia Mosque is the largest mosque in Marrakech and it is located in the district of the south-west Medina. The mosque is surrounded by gardens with palm and orange trees. Non-muslims can’t visit the mosque on the inside but it still worth a visit for admiring the outside and taking a walk through the gardens.

Do not believe anyone who will tell you the mosque is closed and you can visit it other time, he will only try to attract you in order to offer you something else to buy; if you are not a Muslim you will not be allowed inside.

The palace houses the palace itself and a set of gardens and it was intended to capture the essence of the Islamic and Moroccan style. It consists of a big garden space full of jasmine and cypress trees with rooms opening into courtyards. The palace is decorated in multi-colored tiles, green ceramic roofs, and yellow and blue arches.

Bahia palace is for sure a place that is worth having on your list.

Ben Youseff Medersa was a Koranic school, which became a little bit later, after its reconstruction, the largest Islamic college in Maghreb region (Northwest Africa area). For around 30 years it hosted up to 900 students learning here law and theology. Starting with 1960 Ben Youseff Medersa became a museum and after being renovated, around 40 years later, it is a very popular and visited place in Marrakech.

The medersa revolves as many other moroccan buildings around a courtyard lined with mosaics having in the center a marble water basin. You can visit also the second floor where you can see the old college student rooms and from where you can enjoy the great view over the courtyard.

It is another place of Marrakech which definitely is worth a visit.

The complex is dominated by a bright shade of cobalt blue and among other plants it houses a big number of cactuses.

The garden is a pretty quiet and colorful place, and I have to admit I wanted to visit it for its fame given by Yves Saint Lauren. I spent a nice time walking around and enjoying a little bit the restaurant inside but I wasn’t impressed.

It’s a very touristic place where you don’t really feel you are in Morocco but of course, you should go because it’s an important Marrakech spot. These are only my personal thoughts.

This is the second best known mosque in Marrakech and it is also one of the biggest mosques. It is very old and after the restoration it is in perfect condition and is heavily used by the people in Marrakech for prayers. Like all the other mosques, the entrance to the Kasbah Mosque is strictly prohibited for non-Muslims so you can just take a look around from the outside.

They are located near the Kasbah Mosque. The mausoleum houses three rooms and the graves of about sixty members of the Saadi Dynasty.

This is let’s say a nice to see place if you are around or you have enough time but I wouldn’t say it’s a must see place; this is also a valid statement for the Kasbah Mosque.

If you have time and if you are tired of crowd, bustle, negotiation and Tajine, you can escape this world for a while by taking a walk in the modern part of Marrakeh. Of course this is not a highlight and is not even by far the reason for visiting Marrakech but it might help you to take a break and be in a more familiar environment. And also you can find here some international meal options. I wouldn’t recommend putting this in the front of the list while in Marrakech and I wouldn’t recommend staying here, even if you will feel more ‘safe’. You will be too far from the original Marrakech.

10. Try to walk as much as possible

The last one is not something to visit it’s just a tip: you can go from one point to another mentioned bellow by walking, maybe excepting the Majorelle Garden (we took a taxi to go there from Jemaa el-Fnaa). In rest you can just walk, you will not need to bother with public transportation or taxis and you might discover something interesting along your way.

I think these are the main attraction points of Marrakech, maybe the El Badi Palace would be one more but I personally wasn’t too motivated to visit it. That’s why I can’t have an opinion as far as it is concerned.

As a conclusion I have to say you should go to Marrakech, you should explore the city and feel it, especially the old town because you will find another world. But don’t stay only there, go see other places because there is something more in Morocco than Marrakech.

I personally liked the city but I didn’t love it :). 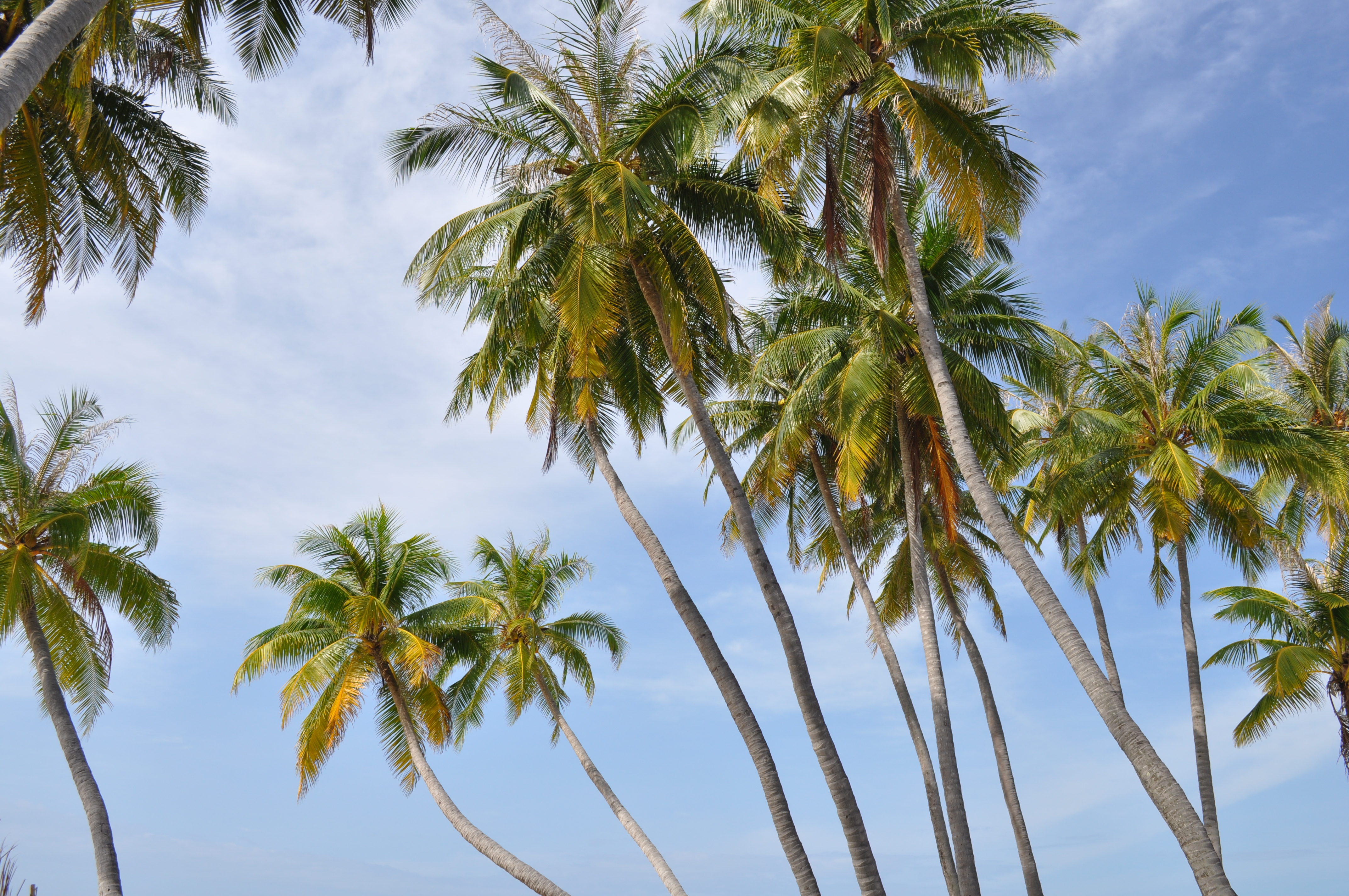